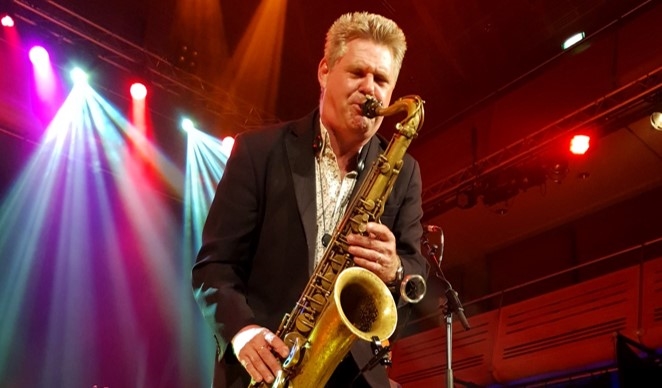 The Derek Nash Funk Experience is the unleashing opportunity for top UK saxophonist Derek Nash to play the funk and groove hits that have influenced him throughout his career.

Derek has been a full-time member of the Jools Holland R&B Orchestra since 2004 resulting in appearances with many music icons that have influenced the world from Amy Winehouse and Adele to Tom Jones and Paul McCartney. Derek has also appeared alongside soul legends Sam Moore, Martha Reeves, Ronnie Spector, Chaka Khan, Charlie Wilson (The Gap Band) and Soloman Burke and he’s also shared a stage with instrumental giants David Sanborn, Eric Clapton, and Jeff Beck.

He has won British Jazz Awards for his eight-piece jazz ensemble, Sax Appeal, and has released six albums with them.

His own solo/quartet CDs have twice won CD of the Year in the British Jazz Awards in 2002 and 2012.

Thirty years of writing, arranging, and performing have led to Derek’s mastery of funk/blues and groove, and the Funk Experience is a world-class band honouring the giants of the genre.