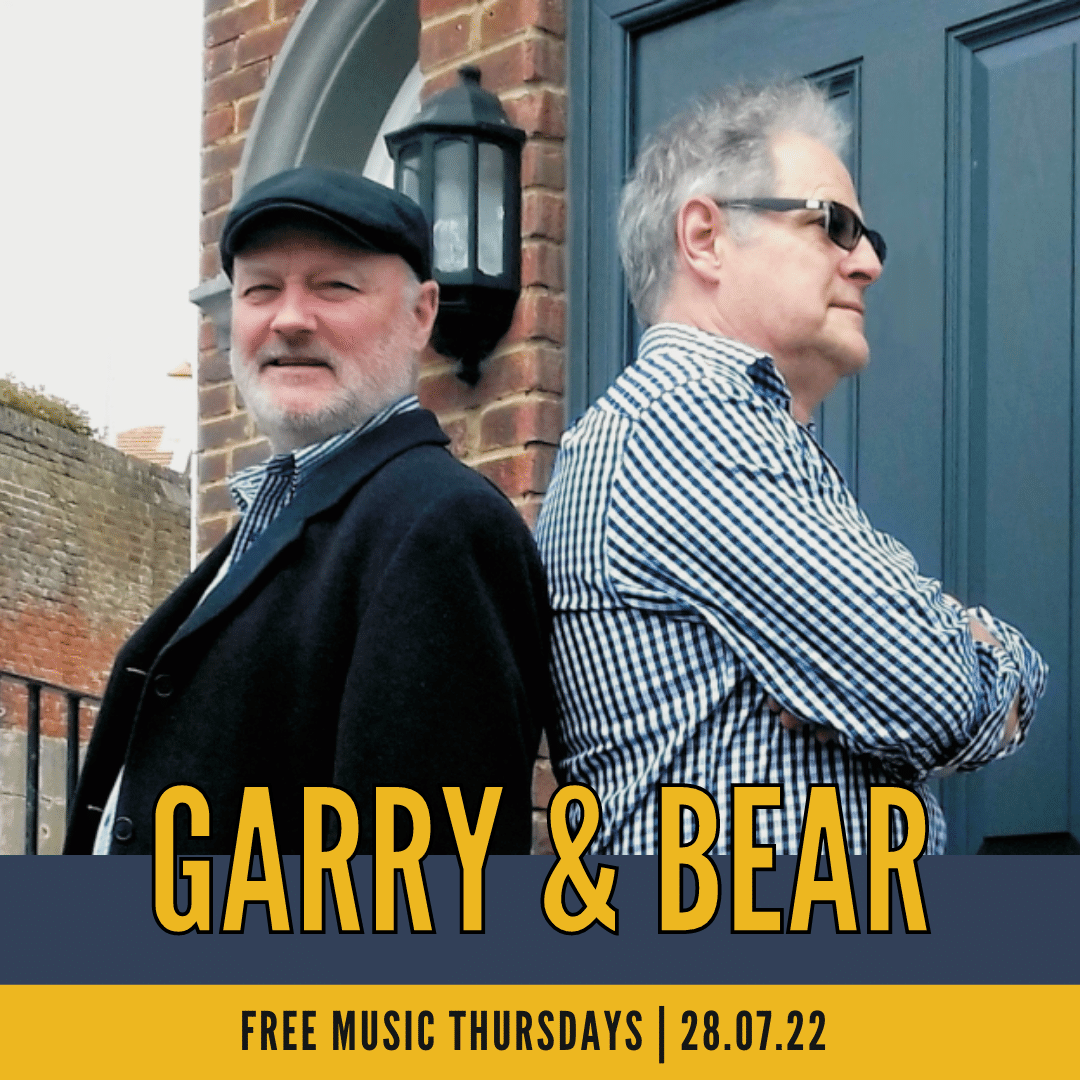 This collaboration of two Hastings-based musicians has produced an eclectic range of songs and sounds. Although they have both been based mainly in Hastings for the last forty years this is the first time that they have joined together to combine their creative talents.

Bear’s major influences include the likes of Rory Gallagher, Andy Summers, John Martyn, Ed Sheeran and James Bay. Bear has toured Ireland, the UK and Europe with various artists including Karen Tweed. Locally he is known and respected for his work with Local Heroes and Cut the Mustard.

Garry Blakeley’s influences are set very much in the Folk and Folk Rock traditions. He toured Europe with the renowned Irish trio Brian Boru and the Norwegian base folk group, Spitzkareen. He is recognised as one of the best fiddle players in the country and as a strong vocalist. He now tours regularly with the highly acclaimed Feast of Fiddles alongside such players as Peter Knight, Chris Leslie and Phil Beer (Show of Hands).

Another free music Thursday awaits, book a table, or just rock up on the night! We hope to see you there.