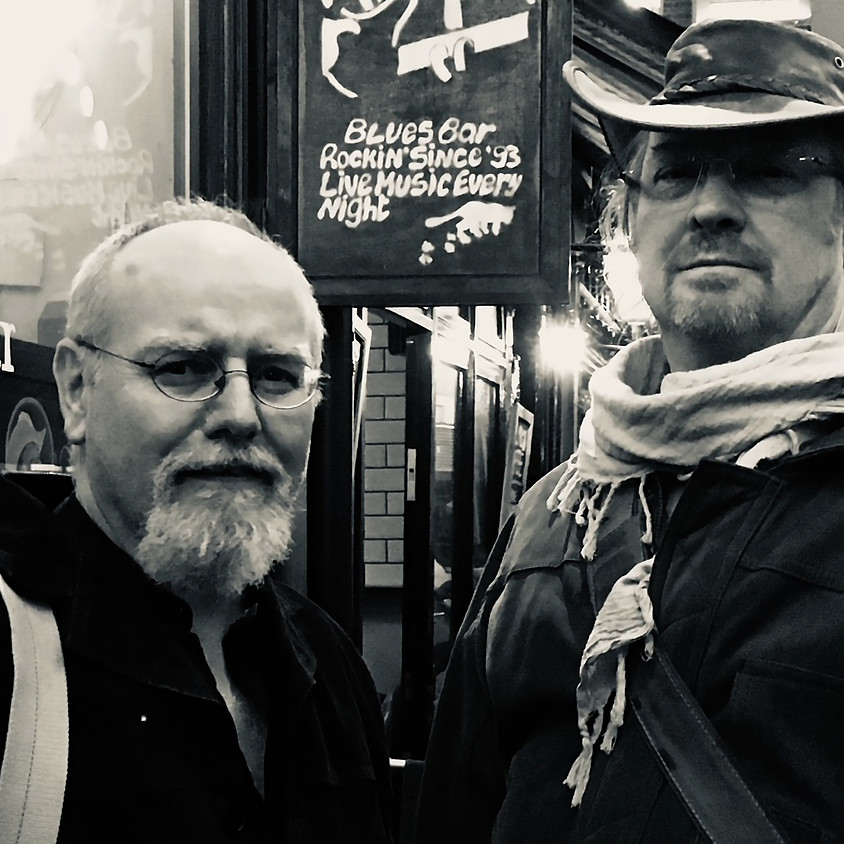 They both run their own, well-established bands and have been active on the Kent music scene for 20+ years.

Terry sings and plays harmonica and has a very distinctive style – gleaned from years of practice and study which took him from New Orleans to Melbourne. Originally inspired by the Blues Brothers film, his biggest influences are JJ Milteau and Carlos del Junco.

Terry’s main band is Get Carter – a 6-piece outfit playing funked-up blues to the good people of Kent – and can often be seen playing harp with other fine acts on the circuit.

Gaz also runs Bad Pennies – a raw unadulterated blues rock band based in Kent – and can occasionally be seen slinging his guitar with other prominent bands in the area. The bands are a fine thing but Terry and Gaz were also looking to get back to a simpler, more authentic blues based on traditional instruments. Something they could do alongside the bigger outfits, where they could ramble off in a new direction – and so Seager & Carter were formed. A fine and bluesy set has been put together with some great stories being told, and thoughtful playing throughout. Although not a busy act – fitting in and around the other bands’ commitments – performances at select venues and festivals have been really well received and now they are looking to take it further afield.