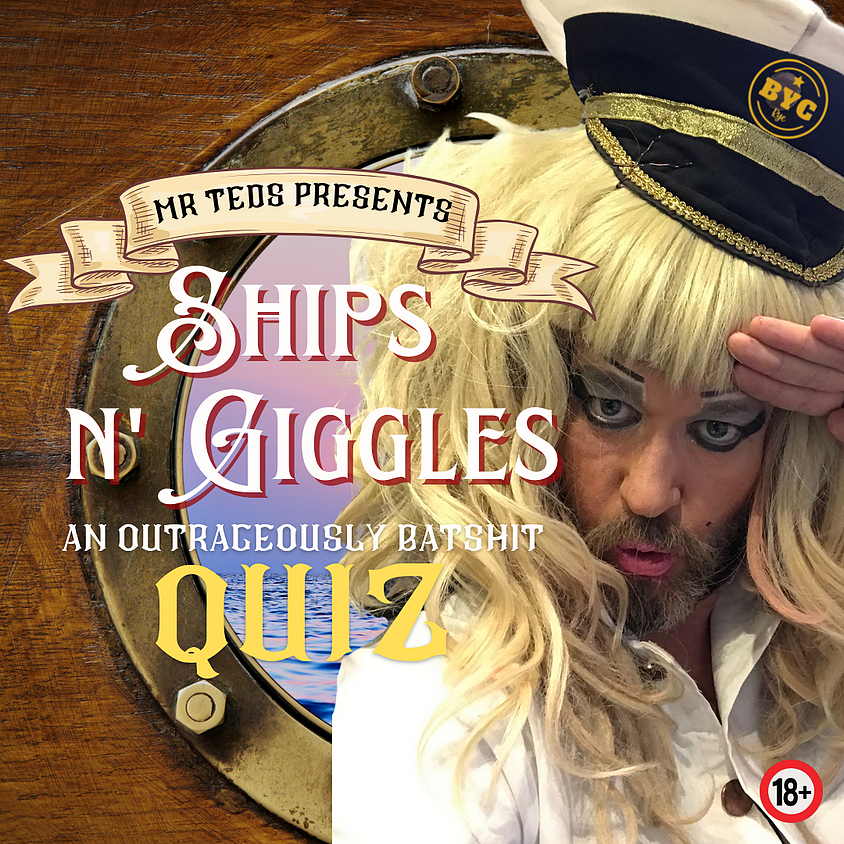 Is Rye ready for Mr. Teds?

“An insane pub quiz” (The Gasholder)

Mixing a variety of media – including spoken word, mime and drag – Mr.Teds creates work that verges on both the sublime and the ridiculous, whilst often very personal. The London based performance artist has been causing trouble since 1994 – performing his work at Royal Festival Hall, ICA, Barbican, Hackney Empire, London Wonderground, Duckie, Lost Vagueness and NYC Downlow, amongst many other cabarets, theatres, galleries, festivals and dives – around the globe.

“A maverick stalwart of the London cabaret scene” (Run Riot)

Also Artistic Director of the Pocket Oxford Theatre, a company that have toured Europe with their queer Shakespeare for All the Family shows since 2009, winning the Best Children’s Theatre Award at Brighton Fringe 2017.

Prizes – and free SHOTS of Tequilla!

What to expect? Life Drawing, Silly Dressing Up, Lipsinking for your Life AND Get Messy at Mr.Teds’ batshit QUIZ.