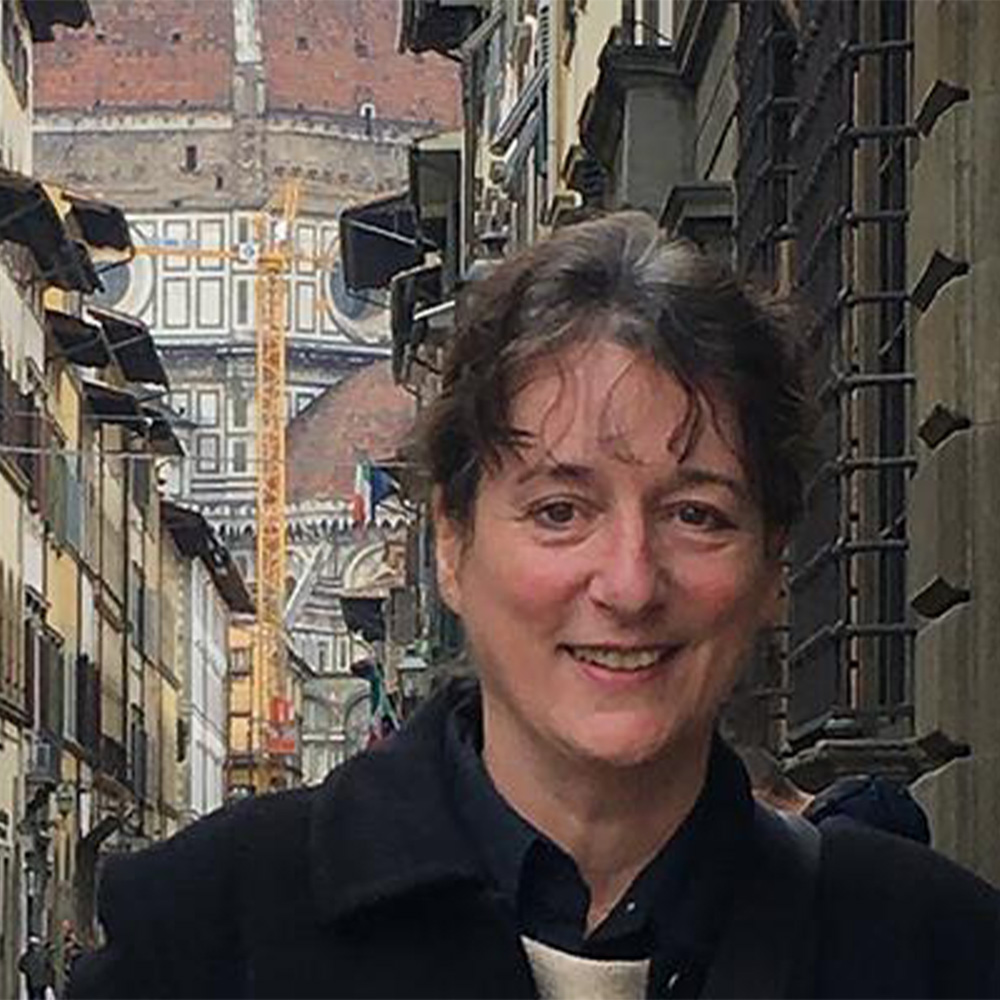 Vanessa Nicolson, granddaughter of Vita Sackville-West and Harold Nicolson, creators of Sissinghurst Castle, has published two acclaimed memoirs. In Angels of Mud, she explores the complex nature of mother / daughter relationships in a novel set in Florence and London – cities that she has known since childhood.

In Angels of Mud we jump through time, between the interwoven stories of mother and daughter. The reader is immediately transported to Clerkenwell soon after the end of World War II, where they learn Mary’s story; about her marriage and the upbringing of her daughter Cara. Through this narrative, Nicolson paints a vivid picture of women’s lives in one of London’s Italian communities.

Cara’s story begins in 1966, when she accepts a job in Florence and witnesses the catastrophic Arno flood, which kills over 100 people and destroys millions of artworks and rare books. It is a pivotal event in Cara’s life and she becomes one of the volunteers, an ‘Angel of Mud’, helping to recover the damaged artefacts. Great personal turmoil takes place in times of national disaster, and Cara is faced with important questions about who she is and who she wants to be.

This tale, with its twists of thwarted love and concealed sexuality, offers fresh insight into the daily lives of Fiorentini at a key time in the history of the city, while also providing, by contrast, a vivid picture of life in post war Clerkenwell. Vanessa Nicolson beautifully captures raw emotion and the complex nature of mother and daughter relationships and how easily and unwittingly a daughter can find herself following in her mother’s footsteps. She writes with an acute historical sensitivity about the two cities, both of which she knows well. Angels of Mud is as rich in topographical detail as it is in emotional truth.

There will be a Q & A session at the end of this event.